MUSEUM OF THE HISTORY OF POLISH JEWS is a new museum in Warsaw commemorating and honoring the rich, 1000 year history of Jews in Poland. Nearly 70 years after the Holocaust and the near elimination of Jewish life, it sets out to tell the full story, up to today. Its opening filled a significant void, providing visitors and Poles alike a single place to get information, social historical context, art exhibits, research and programs. It is situated in what was once the heart of the Warsaw Ghetto.

LINK: Museum of the History of Polish Jews 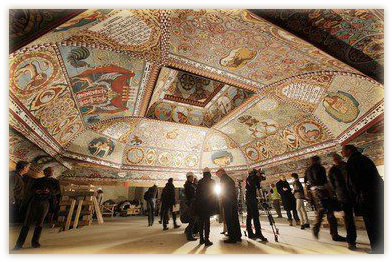 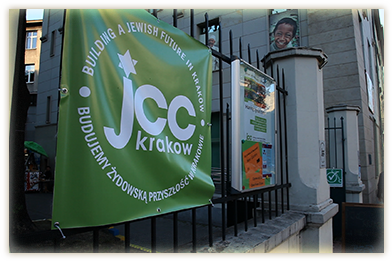 Jewish Community Centers are a part of the landscape in many communities around the world, promoting Jewish culture and heritage in a friendly, non-religious setting. There are over a thousand JCCs worldwide, yet the JCC in Krakow is one of the most vital. It opened in 2008 in a newly designed modern building in the historical Jewish quarter. Its genesis has its roots in a visit to Krakow by Prince Charles in 2002. Moved by the history of Jews there he asked what could be done to help, and rather than a historic monument, the idea of building a base for the future was proposed. JCC Krakow is seen often in THE RETURN. It serves as an indispensable center for Jewish life today, and is a must-visit for tourists—whether Jewish or not.

THE JEWISH COMMUNITY OF WARSAW is the largest concentration of Jews in Poland today. Before the war roughly 30% of the city’s population was Jewish; today Jews make up but a fraction of the total. Almost all of Jewish Warsaw, along with the rest of the city, was destroyed in the war years. Today the rebuilt Nowyk Synagogue in downtown Warsaw is the center of Jewish life. There is also a reform Synagogue and a new JCC in the city. 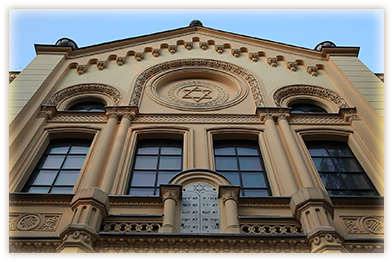 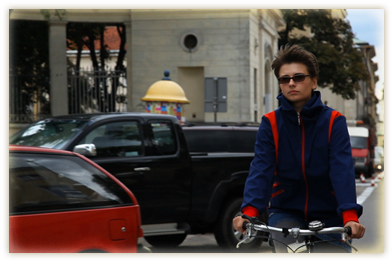 Kasia has been keeping a blog from her time in Israel. It's in Polish, but google translate will do a decent job converting. Definitely an interesting read after you've seen the film.

Tusia has an active art life. Her novel-in-progress, The Age of Brilliance, imagines the lives of bohemian Jewish women before and after World War II, and in the present day. She also works, along with Cara Ines Schuhmacher, in an art collective called vvitalny. And she creates video works, both within vvitalny and separate from it

The festival began in 1988 to educate Jews and non-Jews about Judaism—its culture, history and the religion itself. Some of its classes and performers are featured prominently in THE RETURN. The free, closing-night concert on Szeroka Street is attended by upwards of 10,000 people and broadcast across the country on Polish TV. The festival brings thousands of people to Krakow; if you’re in Eastern Europe in the summer (generally late June-early July) it’s well worth a visit! 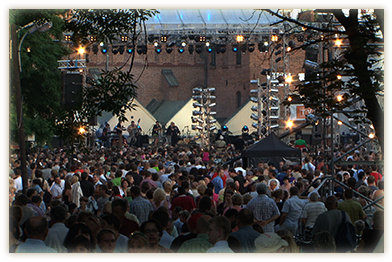 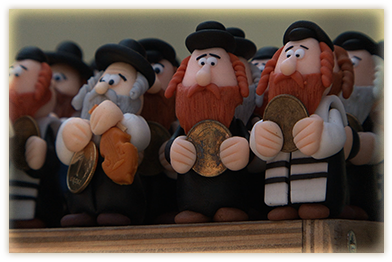 “Shtetl dolls” and other (mis)representations of Jews in Poland is a touchy but intriguing subject. The dolls and paintings seen in THE RETURN are prevalent in tourist shops in Krakow, and to a lesser degree in Warsaw. Yet there’s a history and tradition to these kitschy renderings, and the knee-jerk response of seeing them as derogatory and anti-Semitic doesn’t tell the full story. Dara Bramson has studied the material and offers an interesting take on the fascinating “Souvenir, Talisman, Toy” show at the Galicia Museum.

Ruth Ellen Gruber is an American writer, photographer and scholar who has traveled throughout Europe chronicling contemporary Jewish issues. Her book Virtually Jewish is a fascinating study of the way in which former Jewish communities and countries have an ever-growing Jewish presence…without a significant population of Jews. It’s a must-read for understanding Poland and some of its neighbors. Ruth also maintains the Jewish Heritage Europe newsletter, an excellent source of news from across the continent. 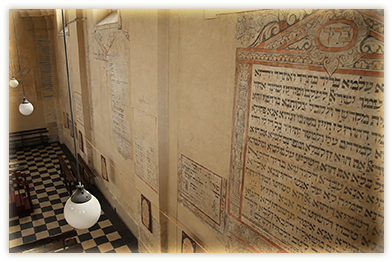 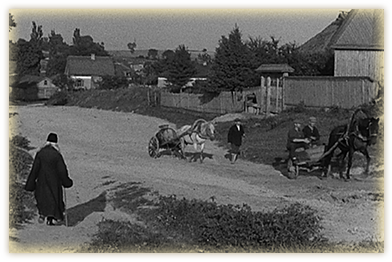 In Yiddish, shtetl simply means “town.” Yet somehow that simple word looms so large in modern Jewish culture—its associations, connotations and implications. There’s a strong impulse for Jews abroad to explore and trace their roots, searching for the simpler shtetl life that has disappeared. Yet the truth is that romanticized world never existed in quite that way. Jeffrey Shandler at Rutgers does an excellent job parsing truth from romanticism, and why, in Shtetl: A Vernacular Intellectual History.

GENEALOGY is a big deal in Jewish Poland in two different arenas—foreigners with Polish-Jewish ancestry wanting to learn more about their family who often perished in the Holocaust, and Poles wanting to investigate or confirm their hidden Jewish roots. During World War 2 vast troves of vital records were destroyed—Warsaw was mostly rubble by 1945—and hence tracing ancestry was greatly hindered. Tremendous work has been undertaken to coordinate and salvage genealogical records. The Jewish Historical Institute in Warsaw has done a heroic job of building searchable databases to help the tracing of roots. Here are links to the JHI and other groups in the U.S., Poland and Israel helping the quest of Polish Jewish genealogy. 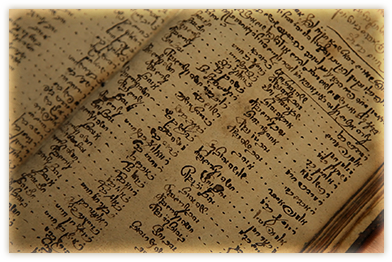 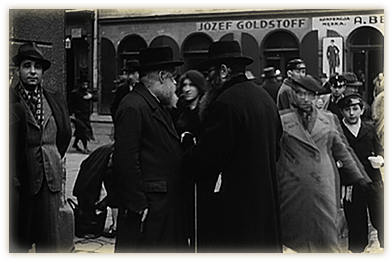 There are many sources of outstanding footage of pre-war Jewish life in Europe, but the work of Julien Bryan stands apart. Bryan was an American photographer and filmmaker who travelled extensively in Poland, the Soviet Union and Germany between the wars. His footage of street life in Poland is exquisite, and is seen prominently in THE RETURN. It captures the glory of elegant cities which was erased during the war. Bryan is perhaps best known for the film Siege – when war broke out in 1939 and journalists fled Poland, he rushed to Warsaw, and his ensuing documentary provided a unique chronicle of a city under attack. The short film was nominated for an Academy Award. Many of his works are in the U.S. Holocaust Memorial Museum’s film and video archive.

Since 1914 the JDC has been a significant presence in Jewish Poland. Joint is the world’s leading Jewish humanitarian assistance organization, working in more than 70 countries. Additionally, JDC supports programs to assist Jewish life in the former Soviet Union and Central and Eastern Europe. This support includes social services for those communities as well as programs bolstering Jewish identity and Jewish life. Their presence and impact in Poland is enormous. 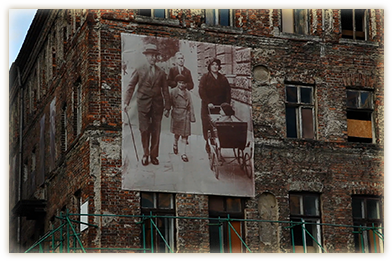 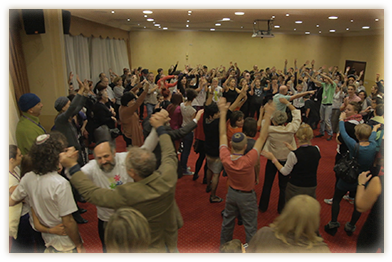 LIMMUD means “to learn” in Hebrew, and it’s an event which brings together local Jews for a weekend of learning and social events. As seen in THE RETURN, Limmud Poland is held outside of Warsaw and up to a thousand Jews gather from all over the country—religious and secular, young and old. It is certainly the largest assembling of Jewish people in Poland. Limmud began in the United Kingdom in the 1980s, and has now spread to 34 countries on six continents.